Steve Stallings is an elected Tribal Council Member of the Rincon Band of Luiseno Indians. He is the Council delegate to the Tribal Enterprise Board, which oversees the tribe’s gaming business, Harrah’s Resort Southern CA, one of the largest tribal resort hotels in California.

“My passion has been economic development for Tribal Nations, especially for my own Tribe. Building healthy communities requires an economy to sustain our people,” stated Stallings.

Stallings serves on the Tribe’s Investment Committee and its private equity investments. He is Chairman of the California Nations Indian Gaming Association (CNIGA), an industry group made up of 33 tribal governments operating gaming businesses.

A major contribution to economic transparency, as well as the benefits Indian gaming brings to California, has been a bi-annual CNIGA fiscal and social impact analysis of Indian gaming, a project initiated by Stallings.

“The tribes made promises to voters in 2000, when the public voted to make casino gaming legal in California. We said, ‘Gaming would take tribal members off welfare, allow tribal governments to assume financial responsibility for our people and lands, as well as create jobs within our mostly rural communities,” Stallings remembered.

“We want voters to know we kept that promise, and are willing to provide a report card on our industry for public scrutiny.”

The latest CNIGA report performed by Beacon Economics in 2016, confirmed that tribal promises were more than fulfilled, including additional benefits, that resulted from tribal government hiring and purchases, along with major philanthropic donations and service partnerships with local governments.

For example, in 2014, according to the independent economic research group, California Indian gaming governments infused $7.8 billion into the state’s economy, of which $2.9 billion represented earnings of casino employees, holding 63,000 jobs statewide. The entire “California Economic Impact Study of Tribal Gaming” is available on line for public dissemination and distributed to the media and business and government leaders.

Retired as Senior Vice President and director of Native American Banking Services at Wells Fargo, where he worked for 20 years, Stallings provided financial services to Indian tribes in gaming, commercial banking and community and government relations. Prior to his tenure at Wells Fargo, he served for 20 years as the President of the National Center for American Indian Enterprise Development (NCAIED).

A Director of the Board and Treasurer for the American Indian Graduate Center (AIGC), Stallings was recently honored for his contributions to Native American higher education. He has also received “Life Time Achievement Awards” for community service by the Phoenix Indian Community, the California Native American Chamber of Commerce, and the Native American Finance Officers Association (NAFOA).

In 1978, Stallings received a BS degree in business with an emphasis in management from California State University at Long Beach, CA, and in 1980, he attended the University of Southern California for graduate study in entrepreneurship and venture capital management. 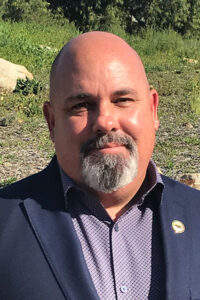