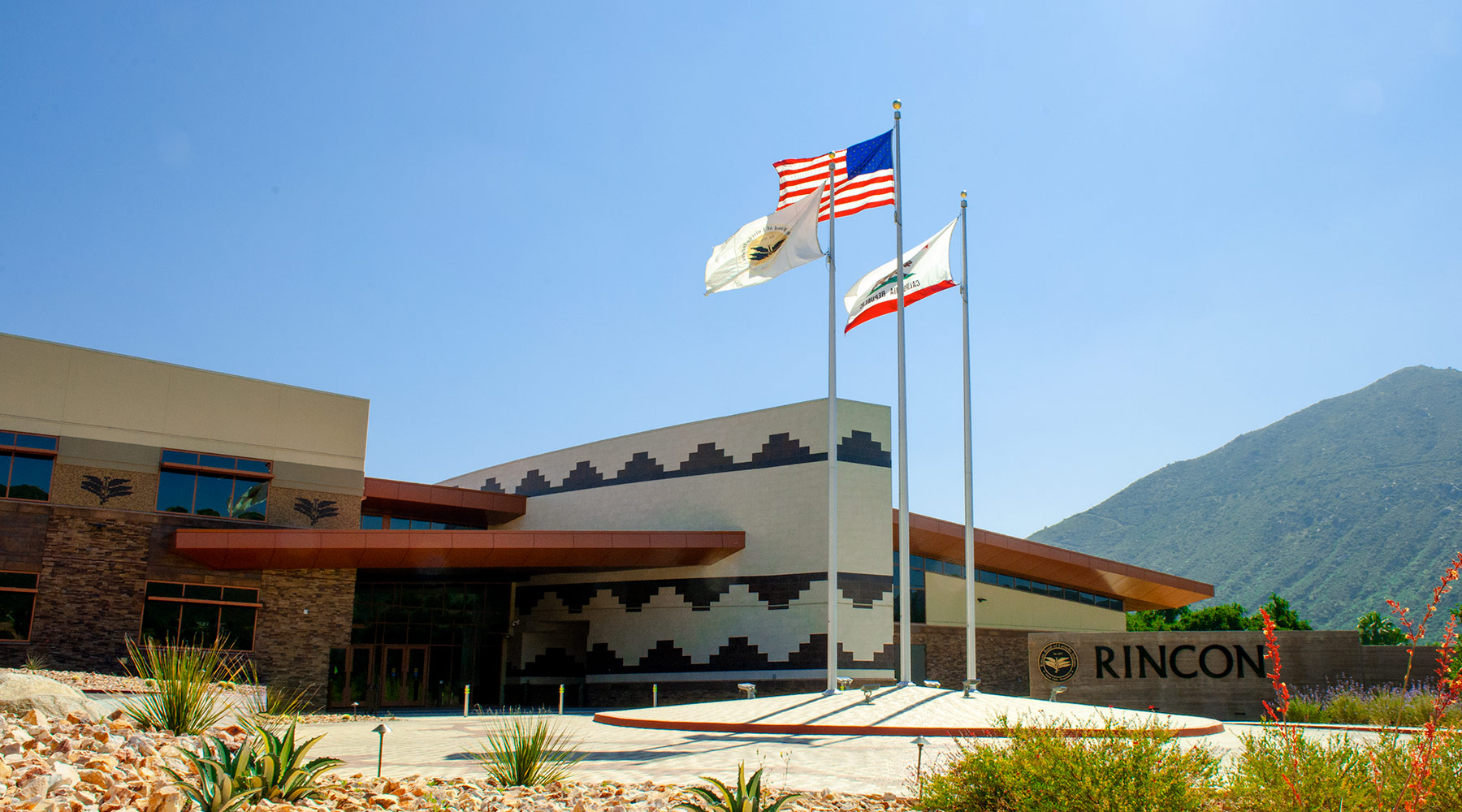 Friday, October 12, 2018, marked a milestone in the history of the Rincon Band – the grand opening and ribbon cutting of the new Tribal Government Center.

In dedicating the new building, Chairman Bo Mazzetti stated to the crowd, “The first job of tribal government is to create a reliable funding stream to meet the needs of the Band members – such as health care. That’s been done fairly well. Once that was done, we needed to get all of our government employees together. For many years we’ve operated in trailers. Now they will have a permanent home. It’s a great day for us.”

The new Tribal Government Center is located on an 11-acre site south of the Fire Station and General Services Building. The 43,000 square foot state-of-the art complex includes a lobby and reception area, auditorium, employee offices, meeting rooms and conference areas, a large kitchen, as well as a covered barbeque and patio area.

The Chairman acknowledged the many guests at the event, including several representatives of other tribes. “Tribes have come a long way from all over the state to be here,” adding, “We even have a Senator cooking for us.” Mazzetti was referring to State Senator Ben Hueso, who cooked a giant paella out on the patio, where refreshments were served.

Council member Alfonso Kolb, Sr., addressed the crowd: “It’s a great day here today. Our achievements are great. We have needed a lot of patience to achieve them. This is a building where we can come together and work together to help build our future. I hope this government building stands forever. It is our capital. Our people have been looking for something like this to unify us. It’s a good day.” Kolb added that paving stones at the entrance bear the names of every member of the tribe. “It gives us each a sense of ownership,” he said.

Council member Steve Stallings, in his position as Chairman of the California Nations Indian Gaming Association (CNIGA), spoke of the new building as “our national headquarters, the nation’s soul. A place to serve the membership more efficiently. To plan better; to communicate better.” In referring to the “nation”, Stallings meant the tribal nation, since Indian tribes are sovereign. The Tribal Government Center is “intended to meet the needs of the tribe for the next one hundred years,” he said.

Vice Chairwoman Tishmall Turner read the names of the many guests, thanking them for joining with Rincon on this special and historic day. Council member Laurie Gonzalez explained to the guests that the Tribe has had self-governance since the time it was made up of clan leaders. She added that those touring the facility would see exhibits of the Tribe’s culture, art, baskets, medicine, and tools. “These displays will remind you that we have always been here and will always be here.”

Rincon broke ground for the new building in July 2017. The building replaced temporary trailers that had been used for the past nine years. Construction and road improvement along State Route 6 (Valley Center Road) will improve the ingress and egress of the new Center and is expected to be completed before the end of November.

In conclusion, Chairman Mazzetti thanked those responsible for the design and construction of the building. “We are incredibly grateful to everyone who worked diligently on the construction of the building and contributed to making this a reality,” adding, “This project has been a significant undertaking. The design of the interior incorporates the Luiseño culture. We are going to use this opportunity to incorporate elements that reflect our culture. We have artistic statements throughout the building which have been adapted from tribal basket weaving art, historic oak wood, and stone elements used in building materials, all with indigenous landscaping.” 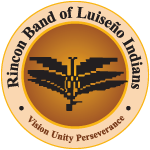